Baileys is an interesting cocktail ingredient. It seems to divide opinion. Some seem to avoid anything containing Baileys on principle. Others love it. It is certainly the most significant of the cream liqueurs. It can genuinely claim to be the original – it invented the sector and it is the most popular cream liqueur by far.

Presumably people sipping their Brandy Alexanders before Baileys was invented must have marvelled over this alcoholic cream concoction. So, if you want your Baileys with something more than ice, what can we suggest?

The first one we offered on a menu was the B52, which combines Baileys with Kahlua and a Triple Sec – Cointreau being the best known.

To serve a B52 correctly you should layer it, so you need a small, straight sided glass. If you don’t want the hassle though, just add all the ingredients to your shaker with ice and serve in a Martini glass. 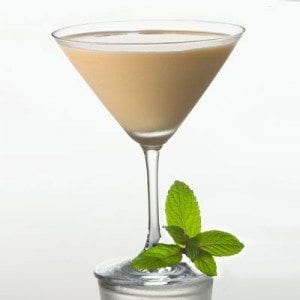 The other Baileys Irish Cream cocktail which works well is the After Eight. This is easy to make as you merely add equal measures of green creme de menthe, white creme de cacao and Baileys Irish Cream. Serve in a Martini glass and then add a little grated chocolate on the top if you’re feeling particularly indulgent.

The Mudslide though has become one of the most well-known Baileys cocktails. Again equal ingredients and shaken with ice. This time you combine vodka, (vanilla vodka works well) with Kahlua and the Baileys Irish Cream. This is a great drink and having that spirit in it, stops it being too heavy or sickly.

Finally, simply swap out the Kahlua and replace it with espresso coffee and you have a Flat White Martini which is all the rage in London at the moment.

If you’re here, cos you want a Baileys based cocktail on your menu, give us a call on 01858 898154 or e-mail us at fun@cocktailshakerboys.co.uk. We provide a range of delicious cocktails across the Midlands covering Leicester, Northampton, Market Harborough, Kibworth, Loughborough, Lutterworth, Rugby, Coventry, Daventry, Birmingham, Milton Keynes, Wellingborough, Corby, Kettering, Leamington Spa, Kenilworth, Nuneaton, Warwick, Rutland, Uppingham, Oakham, Melton Mowbray as well as wider parts of Leicestershire and Northamptonshire.

Cocktail menus – tailored to you – Northampton and Leicester
October 13, 2021