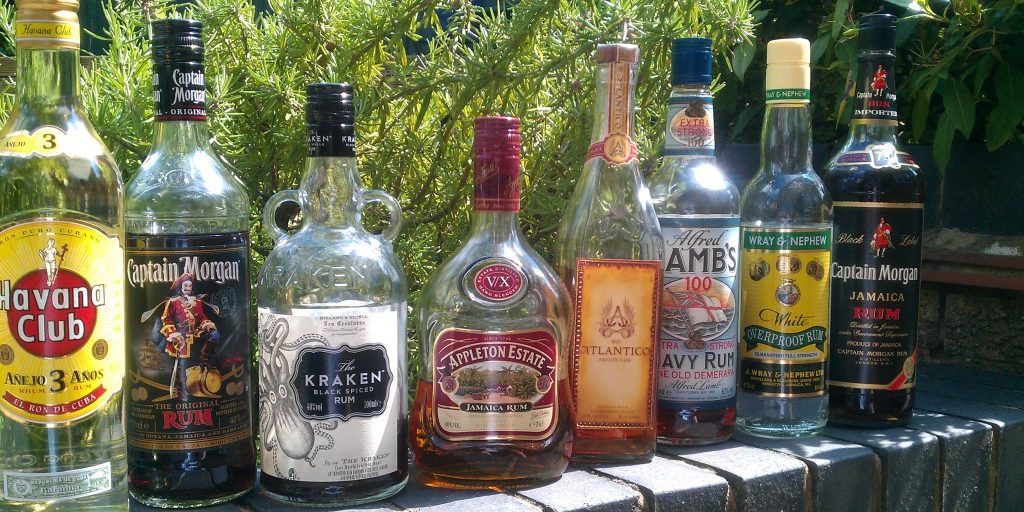 Rum is one of the Big 6 spirits. You knew that already. It’s also our tip as the next big thing in spirits and cocktails. Currently, it’s all about gin, but rum is on the march, for sure! There are a great range of rums about. Light rum, dark rum, golden rums, spiced rums, pot still rums and much more. And more being launched each week. Rum is also so versatile. Light rums compete with gin and vodka while dark, rich rums are comparable with malt whiskies and cognacs.

And with so many new rums on the market, now is a great time for you to experiment with some new cocktail ingredients. The spiced and flavoured rums offer you endless possibilities.

If drinks are evocative of certain times of the year,  and weather, then we think Rum is a Summer certainty. It’s all about the Caribbean and sunshine. 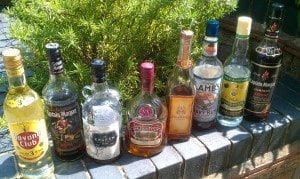 Chances are that if you do take the odd tipple of rum, Bacardi is probably the one. A safe guess on our part as it is the largest selling spirit in the world. However it is produced in a continuous still, and not aged.

Therefore our recommendation is to try an aged rum. If you want to stick with your white rum, why not try Havana Club? It’s aged for 3 years so has a slightly yellow tinge to it. And it gives a better, more mellow flavour than the Bacardi you may be used to. It also claims to be the ‘true’ base for the Mojito with it being Cuban. So there. Or go heavier with a golden or dark rum. They have a much deeper flavour and more complexity. Whether you’re mixing it with coke or adding it to your Long Island Iced Tea or Zombie (if you’re really hardcore) then dark rums have something alternative to offer.

Captain Morgan is fine. We’re not snobby about this. But the Kraken black spiced rum is an interesting alternative. We also like Havana Club’s 7 year old dark rum. How about golden rums? Bacardi Gold or Captain Morgan spiced rum are familiar sights but we’re into the Appleton Signature blend pictured in the line up here. it’s good enough to drink on it’s own.

Finally, if you are really a lover of rums and you want to go ultra premium – then try the Atlantico Gran Reserva. Their range has been recently revised with strong new packaging. Gran Reserva was previously known as Private Cask. It is simply stunning – good enough to sip on it’s own. The wrong side of £40 and not widely available, there is enough to deter you, but for the diehard fans it is a pursuit worth making.

Contact us for more cocktail ‘stuff’ at fun@cocktailshakerboys.co.uk  Or drop us your details here and we’ll be in touch. Cheers.

Cocktails for Valentines – What do you think?
January 7, 2022
Go to Top